REBELLION Racing is a successful independent team from Switzerland and one of the most respected teams in the premier class of endurance racing with a great record of achievements. REBELLION Racing is the only team to have contested the domination of the factory teams from Audi, Porsche, Toyota and Peugeot in the past four years in the World Endurance Championship.

“Our mission is to push the boundaries of technology development and human performance which can be directly implemented into every facet of the REBELLION brand.”

“Rebellion Timepieces has ain to create limited edition, bespoke pieces which allow the freedom to express individuality and challenge the status-quo of the watch industry.”

THE INTENSITY OF RACING WITH THE PRECISION OF WATCHMAKING

Created in 2008 from the collaboration between Speedy Racing and Sebah Racing, Rebellion Racing is the most awarded private team in endurance of these last 15 years.

Since 2011, Rebellion Racing has been the only team that challenged the leading position usually occupied by manufacturer teams such as Audi, Porsche, Toyota and Peugeot in the FIA World Endurance Championship. Rebellion Racing finished fourth two times during the 24 Hours of Le Mans in 2012 and 2014, surpassing manufacturer cars, and managed to get to the podium in FIA WEC four times, including two consecutive times in 2016 in Silverstone and Spa-Francorchamps. From 2011 to 2016, the Rebellion Racing team dominated the LMP1 Privateer category of the FIA World Endurance Championship, grabbing the title five years in a row, and won several prestigious races in the United States. In 2014, Rebellion Racing launched their own LMP1 car, the Rebellion R-One.

After three seasons concluded by World Champion titles in the LMP1 Privateer category, the Team started a new project in 2017: reviving Michel Vaillant at the 24 Hours of Le Mans. The team, renamed Vaillante Rebellion, entered two prototypes in the LMP2 category. At the end of an amazing season against tough opponents, the Team won the World Endurance Championship in the last race. Following this new victorious season, Rebellion Racing announced its big return to the top category with two new Rebellion R13- prototypes. They competed in both the 2018 and 2019 24 Hours of Le Mans, achieving a 3rd place in the 2018 edition. In 2020 for its 13th and final participation in the 24 Hours of Le Mans, Rebellion Racing completed the feat of placing the R#1 on the second place of the podium, closing an incredible epic of over 10 years. That same year, the Rebells team also won the first edition of Le Mans 24 Hours Virtual. What a year!

2020 is also the year of beginnings, with Rebellion Racing entering two cars in the Dakar Rally competition. Since then, the adventure continues. 2023 is the third year in a row that the team will outdo itself in the desert.

The Dakar is the ultimate adventure, pushing man and machine to their physical and mechanical limits. Like at REBELLION Timepieces! We have a taste for the extreme – the challenge of pushing the bounds of the mechanical watch industry. We’re very excited to be associated for a fourth time, and more, with this legendary event. 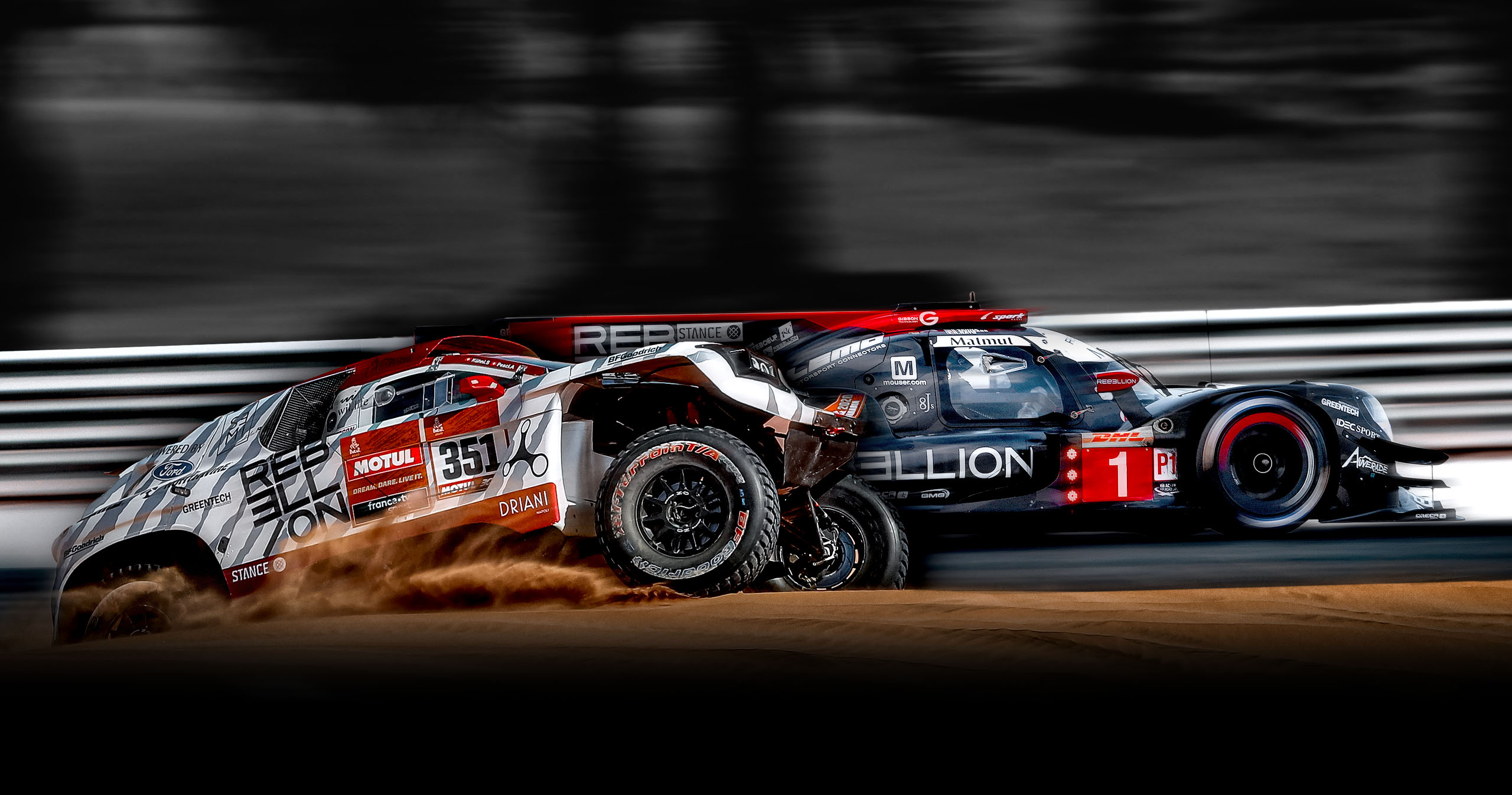 BECAUSE WE ARE REBELLS!

Rebellion Racing history throwback from 2007 until 2023